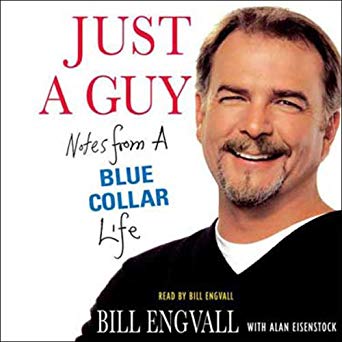 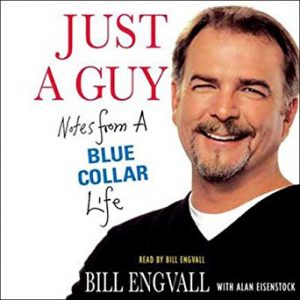 This isn’t really a memoir, so don’t expect to hear the nitty-gritty details of struggling as a standup comic. It’s just an extension of Engvall’s comedy routines, really, with a few tender-hearted stories about how close he is to his family. I like his comedy (except for the gross bathroom humor) so I enjoyed listening to him read the audiobook. But pay attention to the title: Notes. That’s what you get, and they’re all about being a guy. Meh.

Review: The Life and Writings of De Witt Clinton

I began this book because I was also reading about the Erie Canal, but I finished it because it was fascinating. De Witt Clinton was quite a character. He served the state of New York as its governor and New York City as its mayor, among other lofty offices held during his career. Although we might not have agreed on everything politically, I would have loved to converse with him about New York and its history.

The most relevant part of this book, and the one I enjoyed the most, was his journal of the 1810 trip to western New York State to scout a possible route for a canal. He and a group of other notables traveled from Albany to Niagara up the Mohawk River and then down the Oneida and Oswego Rivers. He described the topography, the plants and animals, and each settlement they came to. Some of the entries are very funny, as when he’s discussing a nasty tavern they were forced to stay in or a country farmer whose politics were skewed. I would love to follow in the party’s footsteps and see the places he described.

Another interesting thing about this book is Clinton’s views of Native Americans and their interaction with white men. You may be surprised to know that he appears to have sympathized with their plight, although his own father had been one of the generals who helped to destroy their culture in New York State.

If you are at all interested in the early Republic, the history of New York, and/or the life of what was then the frontier, I would highly recommend this book. It’s free from Google Play Books and can be downloaded to your mobile device.