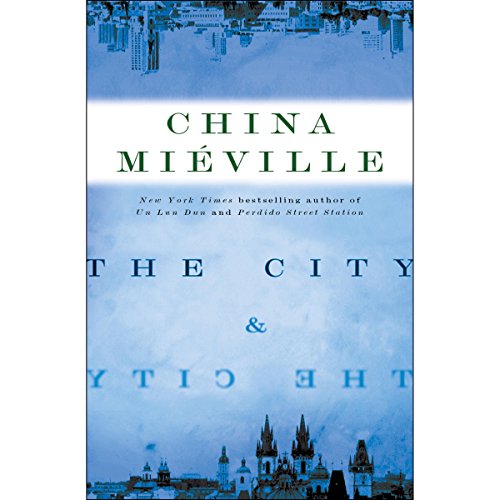 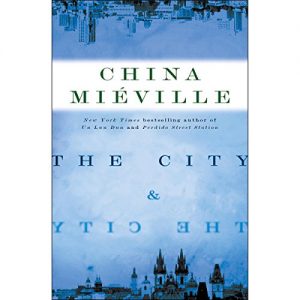 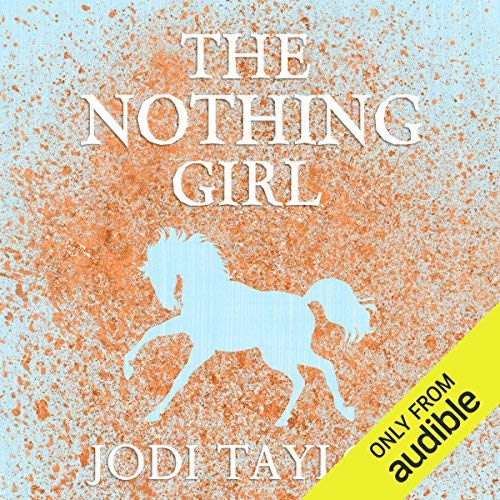 Review: The Nothing Girl

The Nothing Girl (The Frogmorton Farm Series, Book 1)

This is a fun British contemporary novel with humor and a little magic from one of my favorite authors, Jodi Taylor. I wish I had a fraction of the cleverness and wit that she does.

Jenny Dove has a terrible stutter and lives apart from the world. What will it take for her to take a chance on life? Themes include empowerment, independence (or lack thereof), trust, and horses (with a little donkey thrown in).

Narration was first-rate from Lucy Price-Lewis. I can’t wait to listen to the next volume. 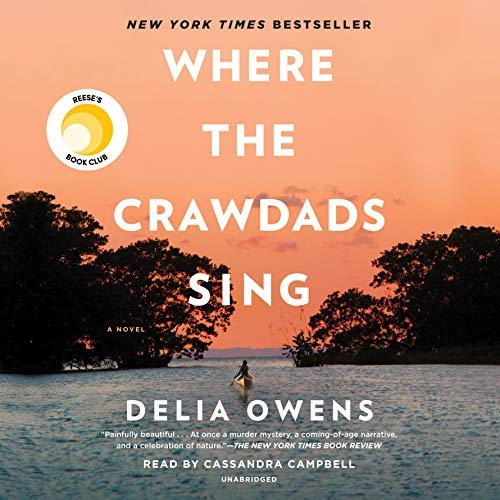 Review: Where the Crawdads Sing

Where the Crawdads Sing 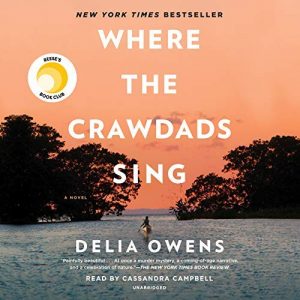 I was not swept away by this book as so many others seem to have been, and therefore was a little disappointed. That’s my problem with highly-praised books and so-called “bestsellers;” I’m obviously not the target audience for most of them.

The time period is the 1950s and 1960s; the story jumps back and forth between the coming-of-age of a poor swamp girl who has had to hide from townsfolk after being abandoned by her family and a later murder mystery for which she is a prime suspect. The story itself was drawn out, in my opinion, to include the romantic tragedies that befell this young girl as she learned to be self-sufficient but yearned for companionship; that method certainly had the effect of slowing down the read, just like a southern drawl.

The book is actually a combination of biology, romance, and mystery. It is filled with a naturalist’s wonderful descriptions of a vast waterway and swamp on the North Carolina coast. Major themes are the appreciation of the natural world and loneliness and trust (or lack thereof). The protagonist makes poor decisions, but those are based on her ignorance in most cases. She receives help from a local black family, who are my heroes in this story. Certainly, the townspeople are mostly unlikeable.

Campbell’s narration was fine but slow; I listened to the second half at 1.25x speed. The main character’s voice was a little grating to my ears.

I seldom read modern fiction, and this was a case of “everyone’s raving about it”—fool me once, etc. Mature themes: attempted rape; racial prejudice. 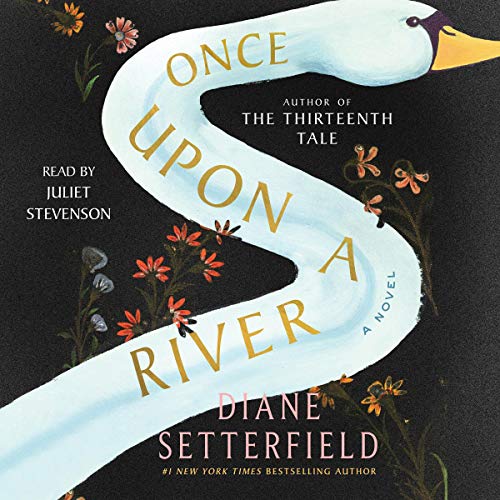 Review: Once Upon a River

Once Upon a River 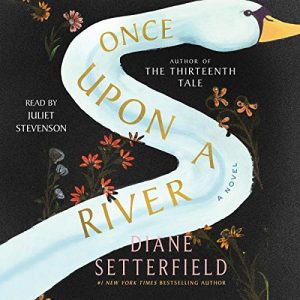 This was a highly-anticipated work of fiction from the author of “The Thirteenth Tale,” a very popular gothic novel from 2006. That work has always been a favorite of mine, so I jumped at the chance to read this one. That was also the case because Juliet Stevenson is a fabulous narrator, and I knew she wouldn’t disappoint.

The description reads, in part: “Once Upon a River is a glorious tapestry of a book that combines folklore and science, magic and myth. Suspenseful, romantic, and richly atmospheric, the beginning of this novel will sweep you away on a powerful current of storytelling, transporting you through worlds both real and imagined, to the triumphant conclusion whose depths will continue to give up their treasures long after the last page is turned.” I agree with all of this and could never come up with a better description.

This is, above all, a very British novel; it hasn’t been “translated” for Americans and that is the way it should be. It’s also a slow read, meaning there isn’t much action and certainly no adventure. The characters are varied and most are interesting, although not all are likable. The way the several stories flow together (like a river) is clever, and the ending is very satisfactory while leaving enough for your imagination to think about afterward.

I am very glad to have listened to this story as read by Stevenson, who voices the characters in distinct accents and tones, and whose pacing is impeccable.

This is a novel for adults. Not because there is excessive violence, sex, or foul language, but the nuances of the story are definitely targeted to those with experience in life and love. 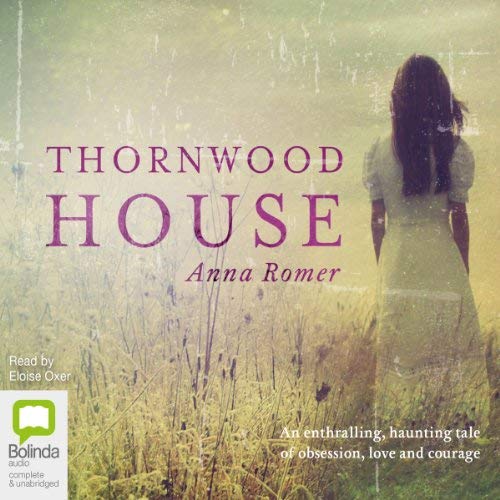 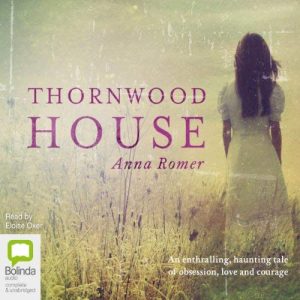 Set in Queensland, Australia in both 2006 and 1946, this is a novel of amateur detection with a little woo-woo thrown in.

Young mother Audrey is surprised that the late father of her child and her once-lover, Tony, has left her a property in the country. Always a loner, Audrey must now deal with grief, life upheaval, and a family she doesn’t know. Of course, there’s a hot guy nearby to liven up the atmosphere…

The book is a mystery with a little bit of romance thrown in. Audrey’s adopted family has had some major issues in the past, and she becomes obsessed with finding the answer to a decades-old murder. Flashbacks were done well and are appropriate to the plot.

The description is absolutely stunning here. Romer uses the house and surrounding forest like paint, creating dazzling art full of scents, sounds, and sights for the reader. The problem is that these illustrations are overwhelming, creating pauses in the story that throw us off the trail. There are just too many of them. I caught myself thinking, “another bell bird?” and “more gum trees?” The author is incredibly talented, but as an editor, I would have wrangled this tighter.

The plot is very good, and the mystery was drawn out well. I didn’t think the supernatural bits were necessary, but they didn’t overpower the story. Characters were very well described, which is so vital for this kind of book.

Eloise Oxer’s narration was excellent. Her characterizations were unique and I had no trouble telling who was speaking or narrating. (One of the male voices was just too, too dastardly to believe, but I ignored it.) Her timing was impeccable, and I would listen to her other work readily.

There is almost no sex (and certainly nothing graphic), implied violence, no foul language. 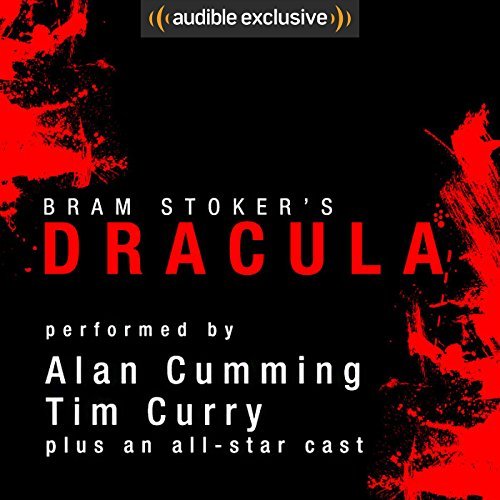 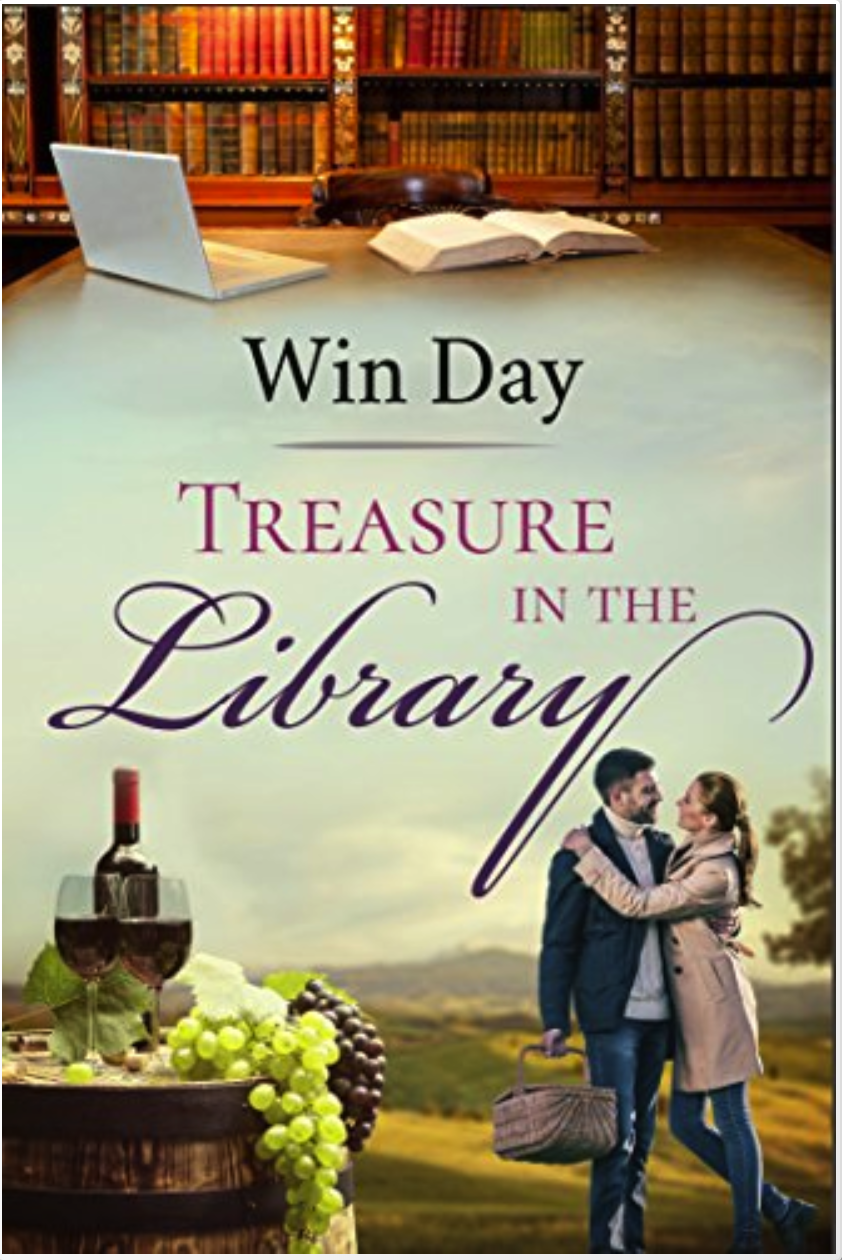 Review: Treasure in the Library

Although I don’t read a lot of romance novels, this was a fun book and I enjoyed it. The story is contemporary and is set in a small fictional country in Europe. The characters are interesting and unique and I thought they acted pretty realistically (not that I know how royalty acts!). The descriptions were very good, especially the library where most of the book takes place—and who doesn’t love libraries? The romance was sweet (with some detours) and the ending was very satisfactory. No violence, no foul language, a few pages of spicy love-making. 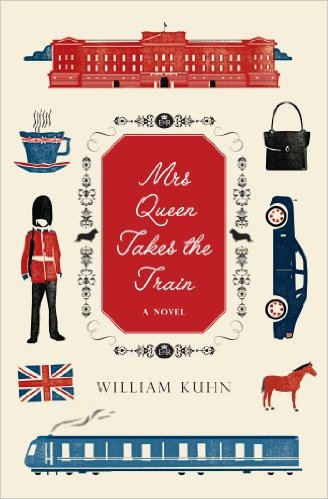 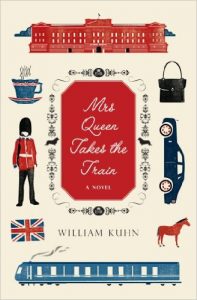 This is a silly romp through a fantasy world where Queen Elizabeth suffers from depression and decides on a whim to scamper off to Scotland alone to visit an old friend. Setting aside the ridiculous premise, it does touch the heart on many points, including the evolving values of a contemporary monarchy, class distinctions, friendship, love, and loss, aging, modern warfare, and even homosexuality (let’s jump on the bandwagon, for heaven’s sake).

The story is told in both real time and flashbacks and from various points of view, including the queen herself, several members of her household, and even an engaging local cheese-shop employee who tries to help; Rashid is definitely my favorite character.

As always, Simon Prebble’s narration is a treasure. His pacing and tones are perfect and his accents are great fun.

There are several laugh-out-loud incidences and the book obviously doesn’t take itself too seriously. That’s good, because even depressed, the queen would poo-poo this bit of fluff.