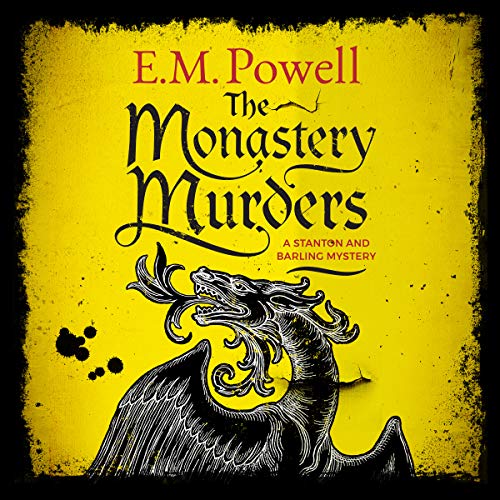 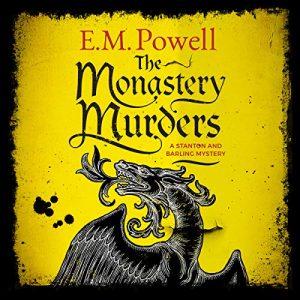 After giving the second book a chance to change my mind about this series, I’ve given up. It’s not a bad mystery or a badly written story, but it just didn’t catch me. Also, the body count is prodigious and the methods of the killings are gruesome, which never interests me. There are so many other historical mysteries set during this fascinating time period that I’ve enjoyed more.

The audiobook narrator, James Langton, did an excellent job, and I have no complaints about the production.

Finally, the addition of homosexuality into the story just reeks of political correctness, c2020, and that was the nail in the coffin for me. It was totally unnecessary to the story and really took the ending of the book to a low point.

Contains violence and murder, no foul language, gruesome descriptions, and some sexual references 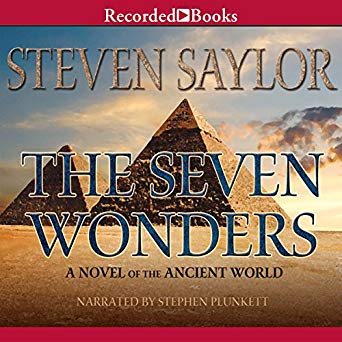 The Seven Wonders: A Novel of the Ancient World (Novels of Ancient Rome Book 1) 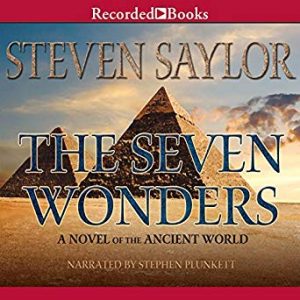 A very fun prequel to the Roma Sub Rosa historical mystery series, with a young Gordianus the Finder traveling the ancient world to see the seven wonders with his tutor, the famous poet, Antipater. The historical background was wonderful, of course, although this is fiction, and Saylor takes some license with the “facts.” Each wonder is accompanied by a mystery, and Gordianus tries to solve each of them, learning (and loving) along the way. There’s a secret concerning Antipater, too, which foreshadows the political situation back home in Rome.

Stephen Plunkett does a terrific job with the narration. This is the first time I’ve listened to him read, and I will definitely add him to my list of favorites.

So, this apparently means that Saylor will be continuing this Novels of Ancient Rome series, and I hope Gordianus returns soon. 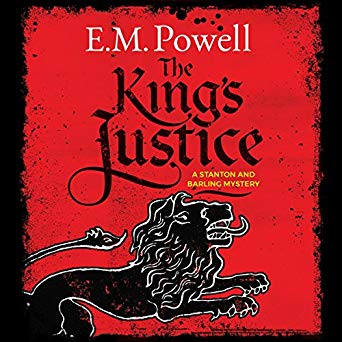 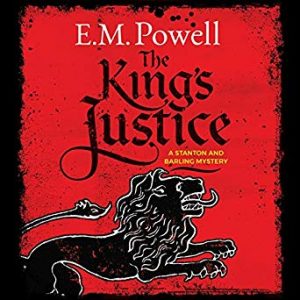 Fairly standard historical mystery that is very similar to several other series in this genre: A mismatched pair of investigators, one superior in rank and the other a would-be apprentice, is reluctantly sent to a remote location to solve a brutal murder (or two, or three).

The setting is twelfth-century England, and the usual prejudices and superstitions are in full force, as well as the dirt and stink. The number of killings was a little much, but the whodunit worked.

James Langton did an excellent job with the narration of the audiobook. 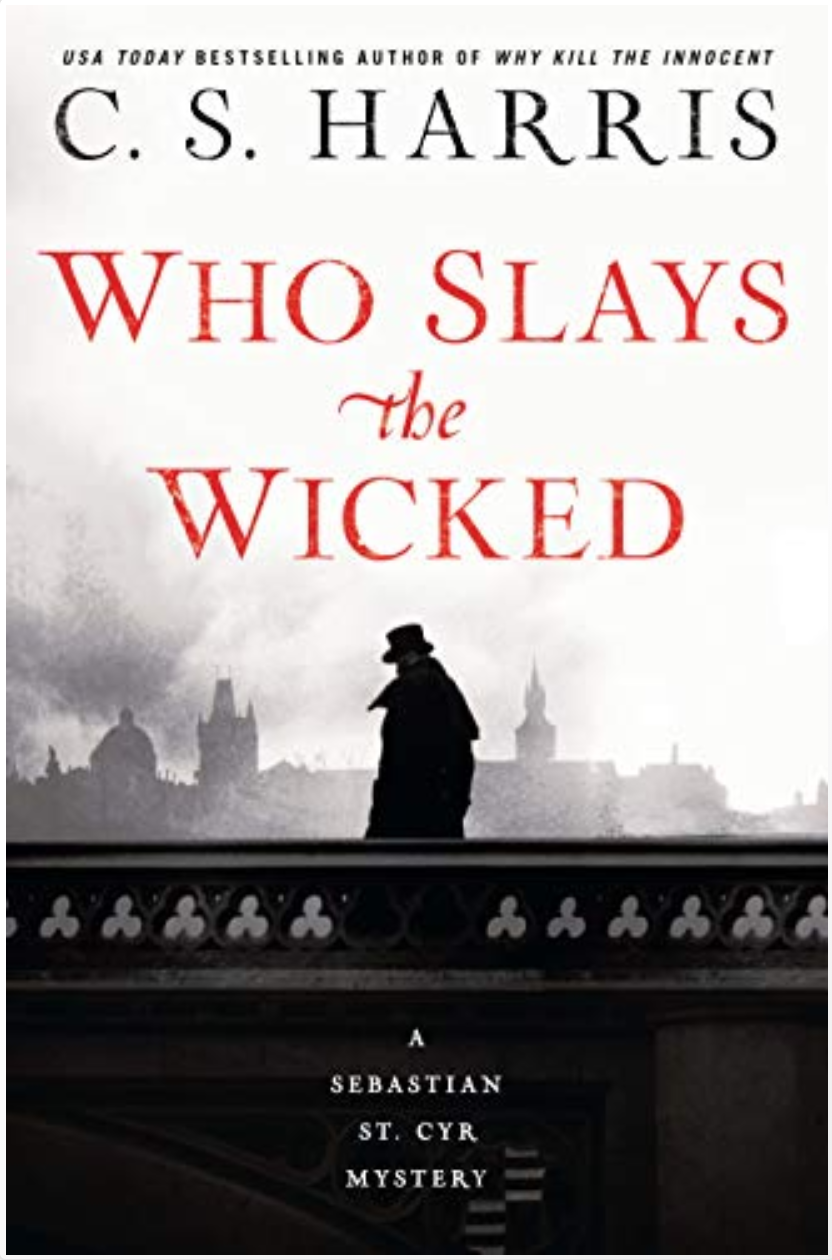 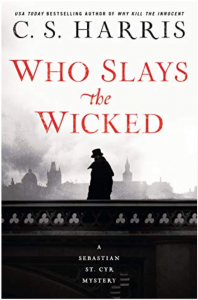 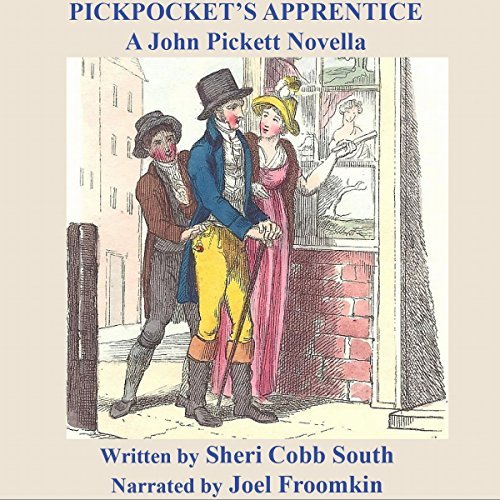 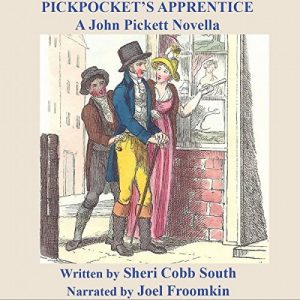 This novella introduces the reader to teenager John Pickett, left behind to fend for himself on the streets of Regency London after his criminal father is sentenced to transportation to Australia. It’s a fun story about a young man who gets a break and takes advantage of his fortune to work hard and try to stay honest.

There were many lovely turns of phrases and some lighthearted amusements along the way. The characters are likable, if somewhat stereotypical: the caring magistrate, the corrupt cop, the newly rich merchant, and the snobby servants, etc. The length of the audiobook was just right to get us started with John. Froomkin does a wonderful job with the narration: timing and accents were great.

I definitely want to continue with this series and look forward to the first full-length book, “In Milady’s Chamber.” 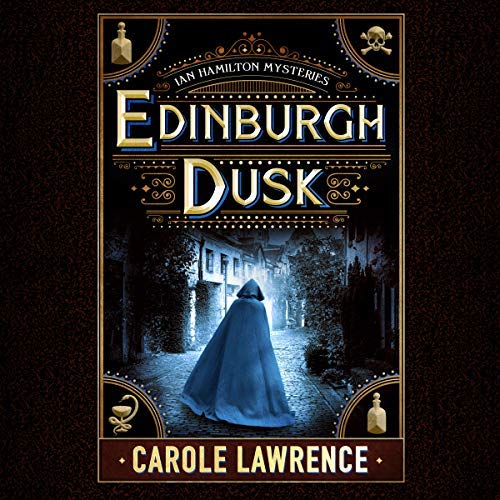 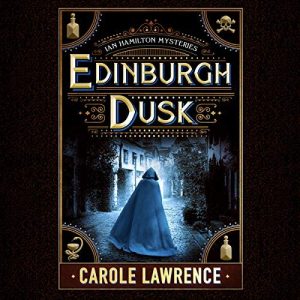 This is the second in a series of detective novels set in Victorian Edinburgh, Scotland; the first is “Edinburgh Twilight” (read my review). Ian Hamilton is a likable main character, and the entertaining supporting cast includes people from vastly different levels of society, including some real-life personalities in this case.

The descriptions of the city in 1880 are very good and the atmosphere is fun. I did question a few things that didn’t seem authentic to the time period, but I tried not to let those throw me off. There are also times when the author goes a little overboard with philosophy, but otherwise, the story moves along at a decent pace. The mystery itself was presented very well, and the denouement was satisfactory but not exciting.

I have to add that the coming out of one of the characters as homosexual was—as far as I can tell—just jumping on the gay bandwagon. It seems all authors these days feel they must include the topic, although it didn’t add anything to the plot. That was a disappointment, merely because it was unnecessary.

The narrator of the audiobook, Simon Mattacks, was very good. His timing was particularly good, and his Scottish accents really added to the story; I wasn’t fond of one of the voices, but a narrator only has so many choices.

Quite a bit of sexual references, some violence but nothing graphic, no foul language. The tone is quite dark, but so is the plot; this is definitely NOT a cozy mystery. 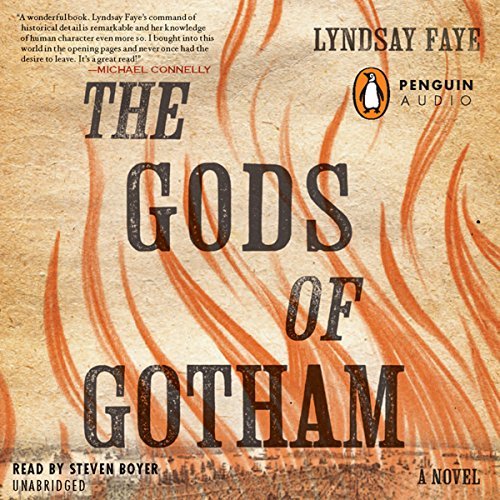 Review: The Gods of Gotham

The Gods of Gotham 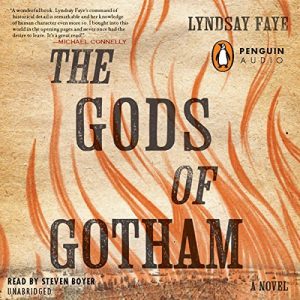 Set in 1840s New York City, this book is full of lush descriptions, a fascinating collection of characters, and it’s beautifully written. Difficult topics (child prostitution, serial killing, racial and ethnic prejudice) abound, but it’s all in the context of the newly-created police department. On top of all that, the mystery is excellent.

The audiobook was narrated by Steven Boyer, and I had my doubts about his delivery after the first few chapters. However, he redeemed himself with entertaining accents and his pace was quick but clear. Plus, the use of the local cant (slang) constantly reminded me of Nathan Fillion’s Captain Mal in “Serenity,” which was a nice visual.

I highly recommend this to all historical novel and historical mystery readers. 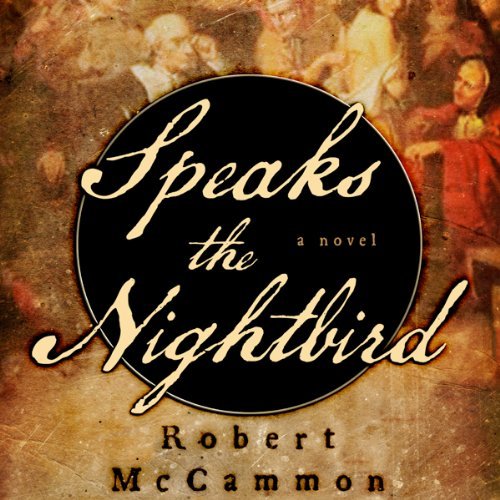 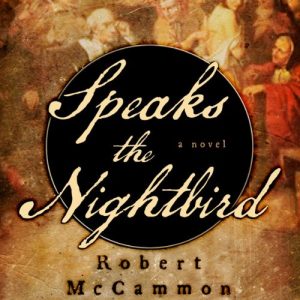 I have mixed feelings about this historical mystery. The writing was brilliant but the content was quite gruesome. It’s definitely not for the faint of heart.

The setting was interesting and unique, a Carolina settlement in 1699 that was losing its battle for permanence on the southern edge of the English territory. Descriptions are lush, and I had no trouble imagining the rain, the mosquitos, and the wood smoke.

In fact, the descriptions were so good that I practically gagged a few times. Yes, it’s a ghastly story and nothing is off limits, including sex with animals. You heard me. It was that point in the book that I almost gave up, mostly on principle. I recognized the author’s history with horror writing plainly; there was enough blood in the story to float a boat. However, the mystery was intriguing and I had to see whodunnit.

Overall, I’m glad I stuck with it, although this is a very long book—the unabridged audiobook was over 30 hours (and the paperback is 816 pages). The author certainly packed the book with everything he could think of: witchcraft, class struggles, the English judicial system, piracy, Native American life, English vs Spanish colonialism, gory murders, arson, sexual deviancy, medicine, crime (of course), and more.

There were several loose ends I wasn’t sure would be tied up. However, the conclusion was satisfactory, although the only thing I can see moving to the next volume is the main character, in a completely different setting and with an all new supporting cast.

Speaking of the characters, they were many and varied, and most were quite unique. Some where incredibly annoying, a few were strong and brave, and the rest were just sorry examples of 17th-century inhabitants. In fact, I don’t remember actually liking any of them; even Matthew Corbett, the protagonist, was depicted as a quivering city boy who was in way over his head. However, his incredible persistence over many frustrating days was admirable; I just wish it had come to fruition earlier.

I listened to the audiobook and the narrator, Edoardo Ballerini, was absolutely terrific. His pacing was excellent and his voices were very distinct, and although I thought the creepy preacher sounded just like a pirate, I have no complaints.

This story is very close to horror, in my estimation. There was lots of violence and plenty of sex. Absolutely for adults only.