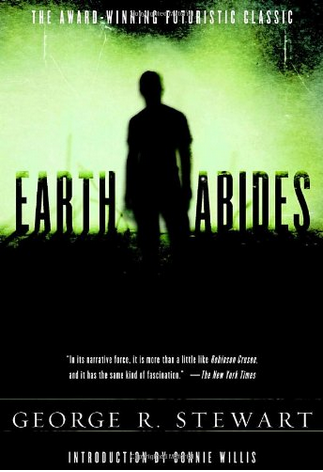 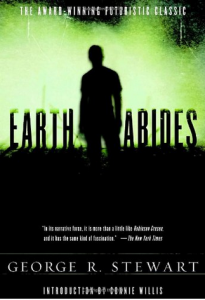 This book starts out like many other end-of-times novels. A terrible disease has quickly wiped out most of humanity, leaving very few alive. The technique the author uses to lead the main character to discovery is very clever, and I was hooked.

The book is a little dated, as it was first published in 1949. Just keep that in mind when you read about the technology and language from that time.

The hero, Isherwood Williams—“Ish”–is no superman, but rather an academic with little practical knowledge of how to survive. Most of the characters in the book are the same. Fate is fickle and some are better suited than others to make it. Ish is not particularly lovable, and I wondered whether I would care enough about him to make the story worthwhile. He shows, in fact, little emotion over the deaths of his own family. He has been a loner and observer and those traits will serve him well.

The beginning of the story was very good, and as we travel with Ish as he explores what used to be America, it was exciting. The middle of the book became quite slow and drawn out, however. It happens in one location and over a period of many years. Ish becomes the founder of a family dynasty, and although this is very important to the plot, I felt it was too long. By the end of the book, however, as Ish reflects on history, his family, and the current world, it was very moving. This isn’t an action story, but rather contains a lot of introspection on how the world has changed and how the people adapted to it, from a man who lived before and after and who has given it a tremendous amount of thought.

The writing was beautiful and Stewart uses his powers of description to perfection. First person narratives succeed as long as the reader can relate to the character. Ish, as a keen observer of others and of his environment, is a great narrator.

The story is neither tragic (though tragedies occur) nor joyful (though happiness is shown), overall. Rather, it is a story of normal people living through an unstable time. The end was a little sad, but not for the usual reasons. I can say no more without spoilers.

I listened to the Audible version of the book, and narrator Jonathan Davis did an excellent job. The introduction from Connie Willis was very interesting, too.

Highly recommended for those who don’t need superheroes to carry the story. The intellectual aspects will stay with me for a long time, I’m sure.