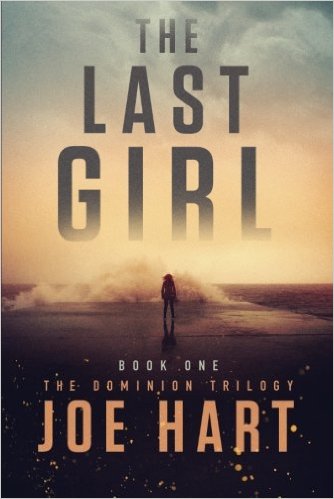 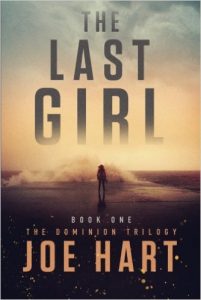 This book was a surprise to me. It’s the first of a trilogy (The Dominion Trilogy) and I hope the second follows through and explains some of the plot holes. Overall, however, I enjoyed the story.

The post-apocalyptic tale of a quasi-civilization somewhere in western America is told in present tense, which is a little off-putting for most fiction readers. Once you get over that, the story is interesting.

It’s told from the viewpoint of Zoey, a young woman who has been raised in a bleak, restricted facility with a few others like herself: fertile females. They are locked away, guarded, and watched because of their rarity; a plague has removed the capability of most women to have girl babies. In the crazy outside world, women have been hunted and traded like commodities.

Zoey’s life is very regulated and dull, but she is curious and a little rebellious. Her time is running out and she has to make some very tough decisions. However, there are some parts of the story that make little sense, even given the “big, dark government” thing going on. No spoilers here, so I can’t explain it fully, other than to say I’d hoped for more explanations, which I sincerely hope the next books do include.

In the first part of the book, the pacing is very slow and the few characters other than Zoey are not fully realized. The personalities and secrets are revealed slowly, as they are to Zoey. It wasn’t until after I read the book that I understood this devise and how effective it was.

Once Zoey makes her decision, she takes action. The pacing of the story really picked up here and there was a time when I couldn’t put the book down for a while. Without giving any more away, I can only say that I was also pleased that the author wasn’t afraid to kill or mame a few characters in the name of authenticity. Again, this is not a fairy tale, and not everyone lives happily ever after.

I wouldn’t recommend this book to young teens; it’s NOT a YA book, in my opinion. The plot is just too dark. There’s a considerable amount of violence, psychological and physical torture, some sexual content, and a little bad language.