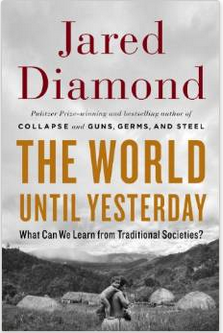 Review: The World Until Yesterday: What Can We Learn from Traditional Societies? 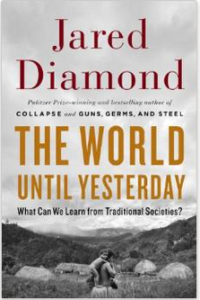 The World Until Yesterday: What Can We Learn from Traditional Societies? by Jared Diamond

I was initially excited to read this book as the subject interests me. The premise is to understand how humans lived before modern civilization and to compare that to our lives now. Should we try to be more like “traditional” people in order to solve some of our problems?

However, the more I read, the more irritated I became with the author’s liberal attitude and sweeping claims. Many of the so-called ‘facts’ he stated were simply false, and for an author with Diamond’s apparent reputation, that is deplorable.

He concentrates on the people of New Guinea because that is where he did his own research, and also because those “traditional” peoples have been most recently introduced to what we call modern civilization. He does mention several other groups around the world that were, until quite recently, isolated and therefore “traditional.” However, when comparing them to the societies of today, he often doesn’t take into consideration major game-changers like religion or literature that have shaped every ‘modern’ civilization on Earth.

I was very disappointed and could not finish this book. I cannot recommend it, unless of course you are an academic; in that case, you’ve probably already read it and loved it.

This book was provided free of charge for review by NetGalley.