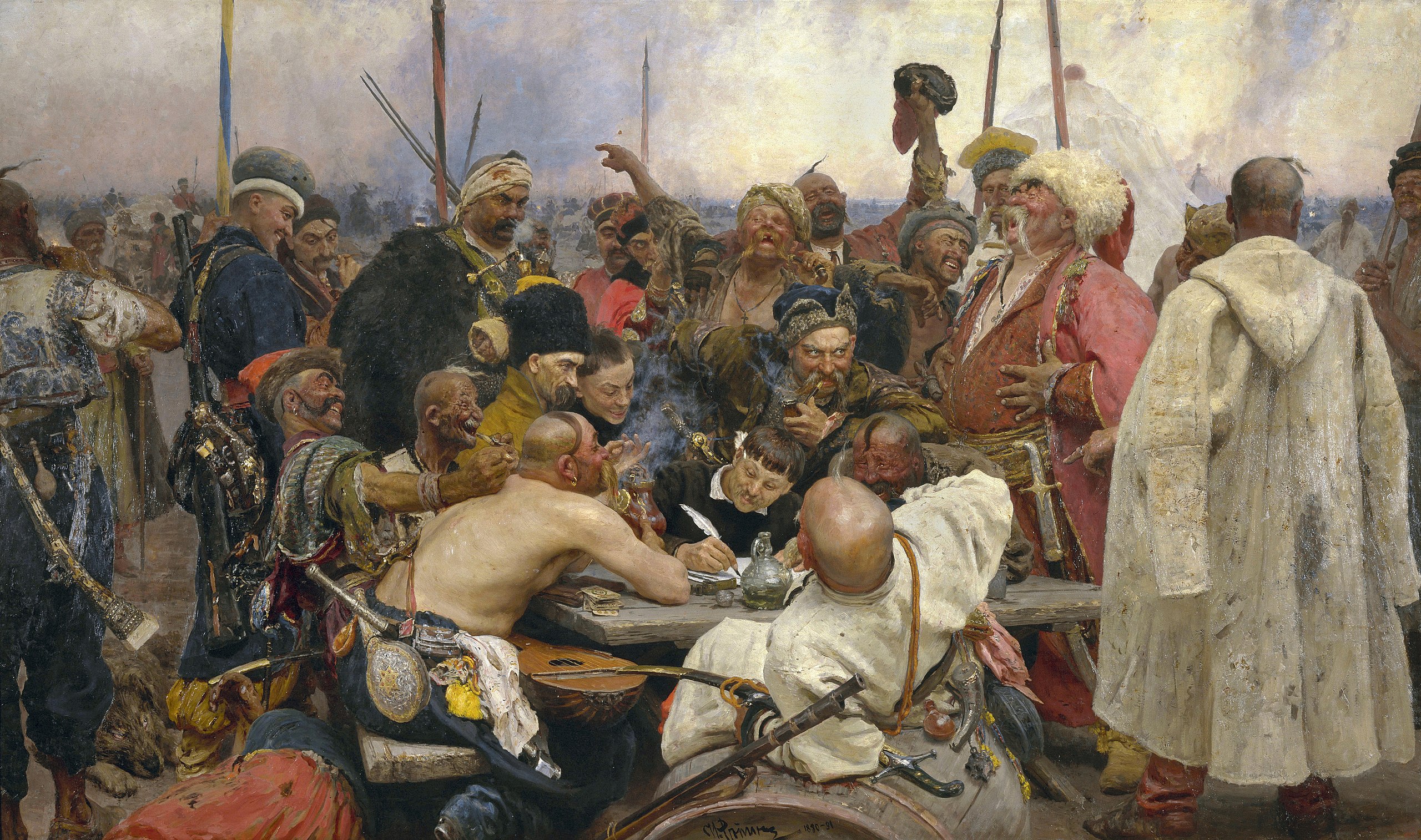 Art I Love: Repin’s Reply of the Cossacks 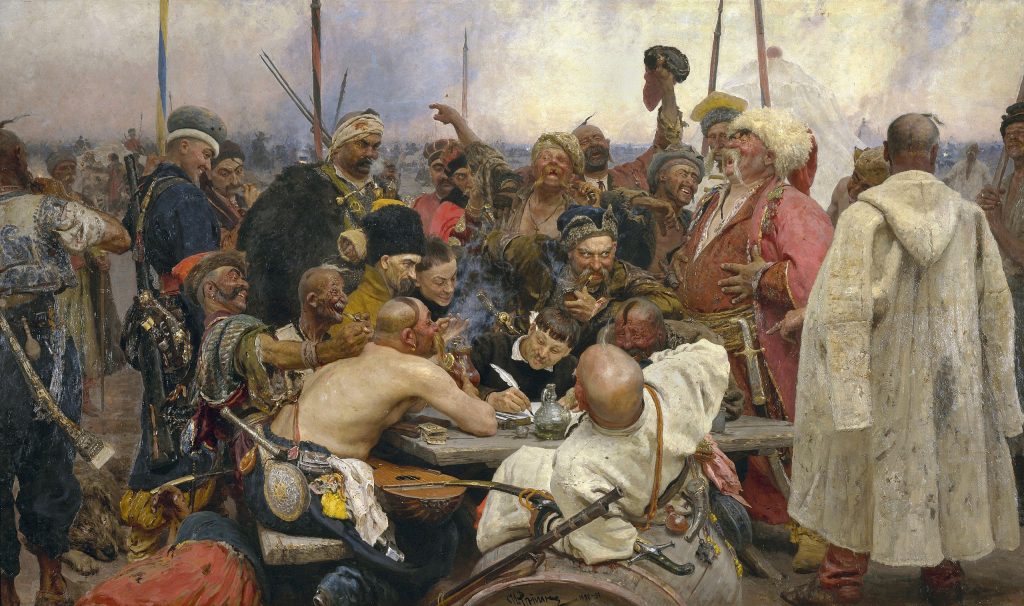 Reply of the Zaporozhian Cossacks to Sultan Mehmed IV of the Ottoman Empire (1891) by Russian realism artist Ilya Repin is actually my husband’s favorite painting, although I like it, too. It depicts the Cossacks supposedly drafting a vulgar reply to the Sultan of the Ottoman Empire in 1676, who demanded their allegiance, even though they’d won the recent battle. The Cossacks are having a lot of fun thinking up the best insults, and the expressions on their faces are priceless. You can read more about this painting and the legend on Wikipedia.