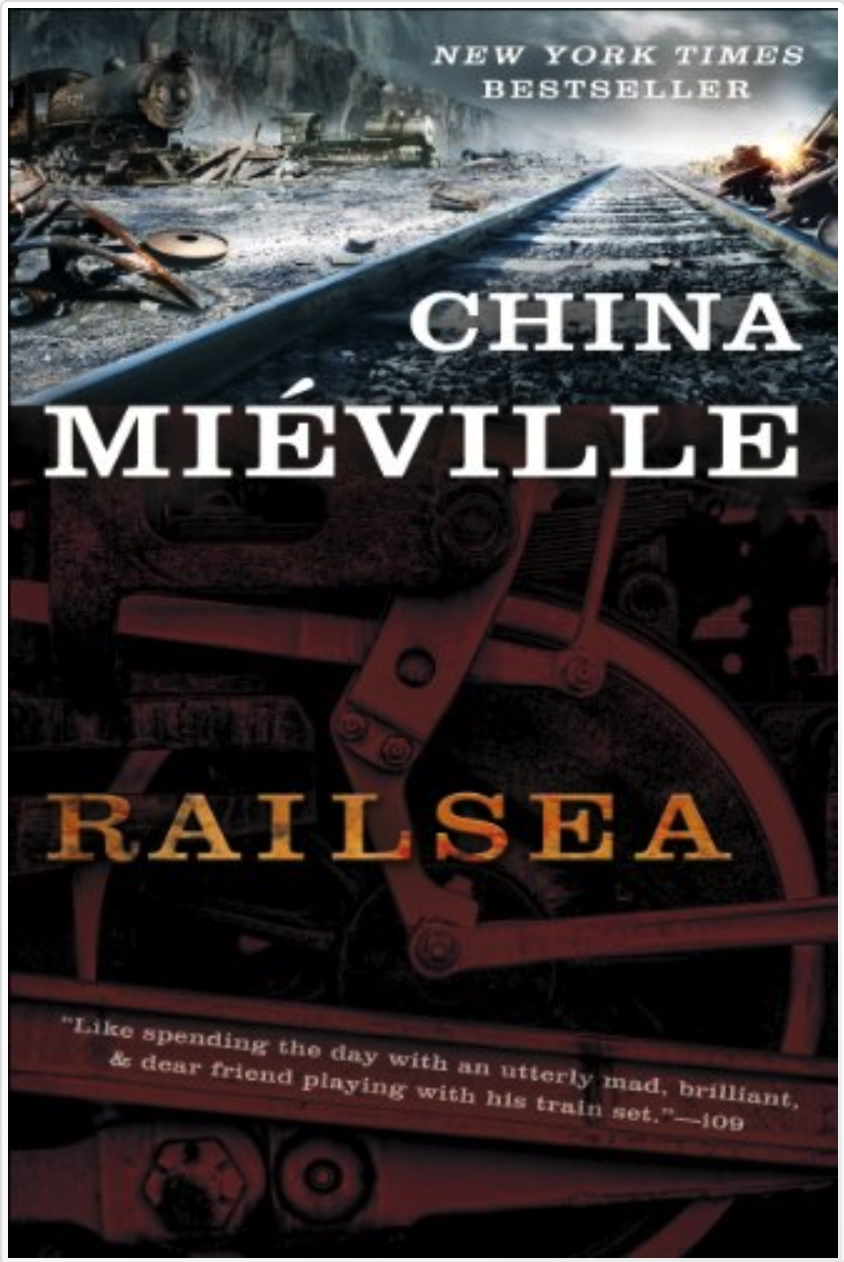 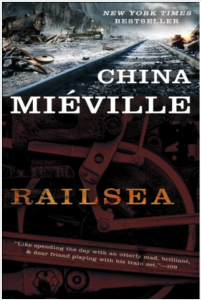 I finished this book last night, and I can definitely say that it’s the strangest book I’ve read in a while. The imagination from which Miéville pulled must be gigantic. Yes, I enjoyed it very much, and would recommend it for fantasy (especially steampunk) fans.

The book is set in an alternate (or is it?) world where trains, instead of ships, ply the railsea in search of resources: food, fuel, and salvage. The railsea is a vast ocean of tracks, and trains of every variety use it for their own purposes. And did I mention that the railsea sits on a violent, frightening land of giant mutant animals and insects who tunnel through the dirt and explode out to devour each other and anything that steps foot on it? Yeah.

The language Miéville used was fascinating, from the slang to the academia. It does take a little time to get used to, but by the end of the book, you’ll be spouting, “Well grubbed, old mole” along with the rest of us. The use of “&” for every instance of “and” is also a little off-putting, but that’s natural for me as an editor. I did enjoy the tiny chapters with explanations and asides, like a character on television turning to the camera to speak directly to the audience.

The hero of the story is Sham, an unassuming orphan (of course) with big dreams of being a salvager. He’s volunteered by his guardians for a moler train, which, yes, hunts giant moles for food and fuel. However, that is just the beginning of his adventures, and this story IS about adventure.

The characters that Sham meets during this tale are unique, and most are fun. The monsters are monstrous, the equipment is funky, and the humans act like humans, with all their foibles. This is true even though the story is based (very loosely) on Herman Melville’s classic, “Moby Dick.”

I did find the climax a bit anticlimatic, but the ending is fine. Leaving something to our imaginations is a good thing, in my (very humble) opinion.

The book includes violence—of the monster-eating and bombs-exploding variety, no bad language (at least, for us), and no sex.